Last week I got to attend another great Yelp event! I want to start off by saying how GREAT the staff at the Tijuana Flats in Thornton Park was. The managers, the servers, and the kitchen staff were amazing. I was so impressed with how quickly they got drink orders (and refills) and how even with all the food coming out of the kitchen at one time it was all still hot and ready to go. So a great big two thumbs up to them! 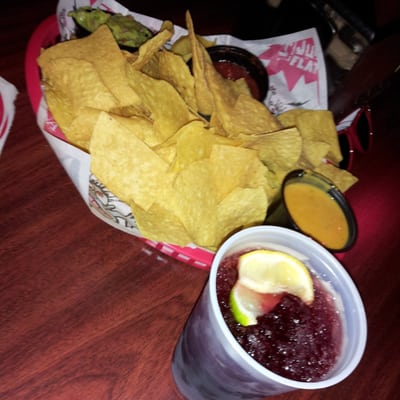 The purpose of this Yelp event was to be able to try out 3 new burritos that Tijuana Flats will be adding to their menu this week. We tried the Pie Roller (think of a pizza burrito), Sweet Hemptation (filled with crispy chicken, churros, bacon, maple syrup and cheese), and the Tree hugger (filled with lots of veggies and tortilla chips). All three burritos are made with hemp seed tortillas. How cool is that? My favorite was the Sweet Hemptation. It was really odd, but really tasty. It was kinda like a chicken and waffles burrito! 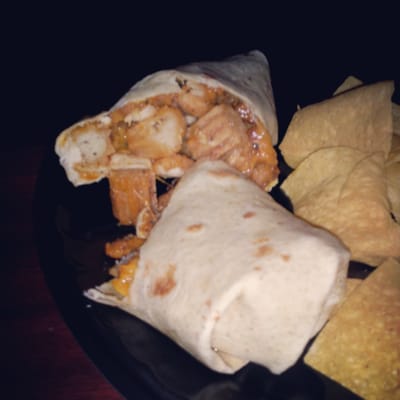 One of the neatest things about these three new burritos is that they were created by Tijuana Flats staff members. They held a contest with their 100+ stores for employees to create a new burrito. Each new burrito could only contain 2 items that weren’t already found in the Tijuana Flats kitchen. The top three contenders were introduced last week and become a permanent part of the menu tomorrow. 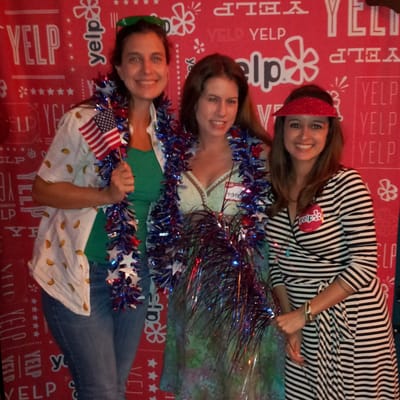 As always we were treated with loads of Yelp swag, adult beverages, and some fun Tijuana Flats swag as well. It was a fun start to the long holiday weekend! Thanks to Tijuana Flats and Andi (our wonderful Yelp CM) for a great event.